You’ve probably been asked (or asked yourself) this question before: Where should I eat right now? Luckily, the editors here at Blue Lifestyle have got you covered. Los Angeles dining enthusiasts want to know what new, what hot, and what’s coming next in delicious urban fare, so we’ve compiled a list of the 10 most popular restaurants to eat at in the city this March. We’ve been reviewing the Eater 38 guide to L.A.’s essential restaurants, but it mostly covers old staples and neighborhood restaurants across the city, rather than the trendy spots to go right now. The restaurants we’ve selected are generally younger than six months old, so we’ve included excerpts from the original Eater write-ups to make your choice easier.

Here are the top 10 restaurants to eat at in L.A. this March.

“Ricardo Zarate’s relaxed all-day restaurant opens on a bit of a quiet stretch on Pico Boulevard, but the ambition is there to create the next great neighborhood eatery for West LA denizens. Fight through the relative lack of parking and be rewarded with a lovely dining room, reasonably priced daytime fare that plays the hits, and evening food that puts Zarate’s Peruvian influence into small plates.”

“Brentwood’s hottest new opening is just a second branch of Jon & Vinny’s, the reformed Italian-American restaurant on Fairfax that’s essentially packed every night of the week. And Brentwood is no different, except the layout’s a little wider giving diners a bit more breathing room. Menu, service times, and overall vibes are nearly identical, except it’s just a lot easier for Westsiders to enjoy things like pizzas, pastas, and a delicious chicken parm.” 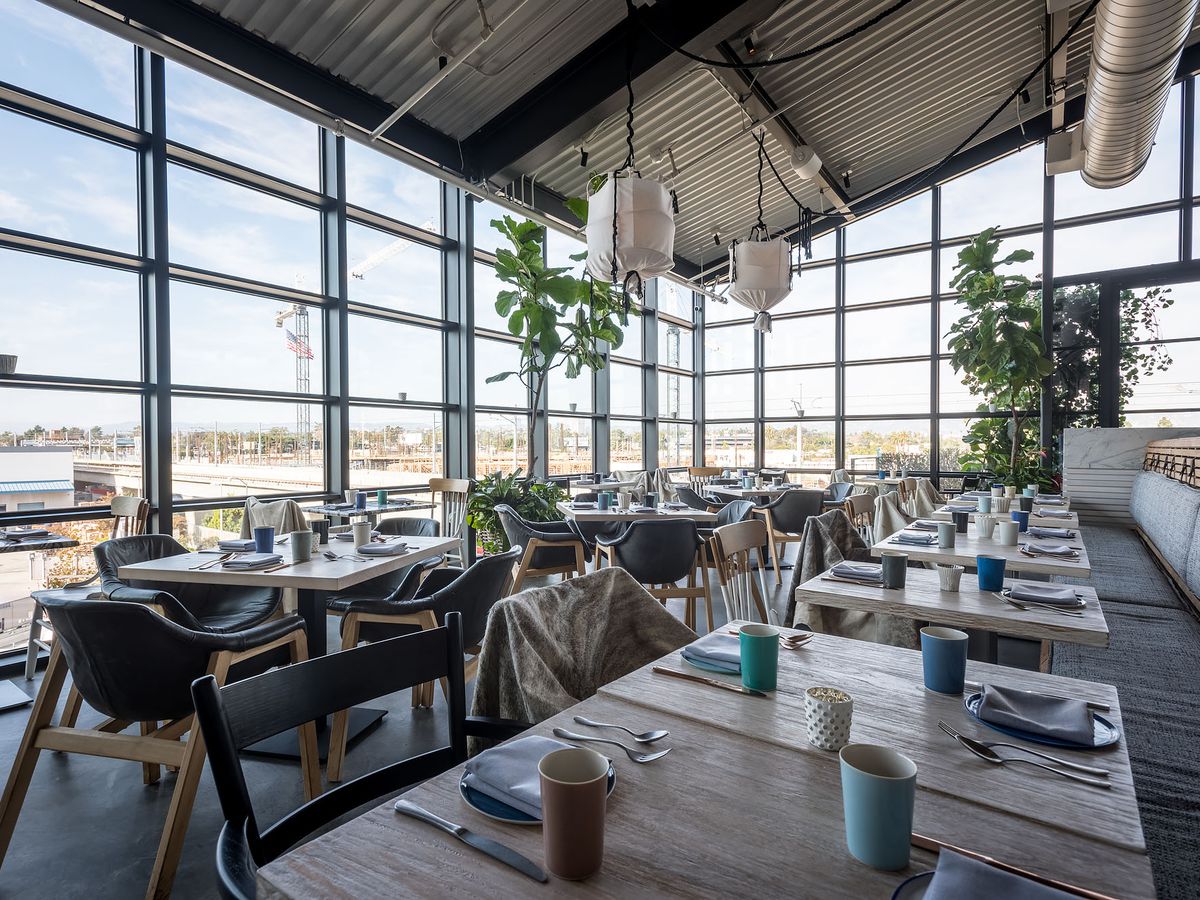 “The daughter of Langer’s Deli, Trisha Langer, has opened her own sandwich shop with her husband in a West Hollywood strip mall, bringing a very similar take on the iconic deli’s pastrami and corned beef on rye. The situation here is more takeout and casual, but it’s probably the most compelling new sandwich shop in this part of town.”

“Already packed with eager Culver City diners and imbibers, this rooftop destination from the team behind Norah in West Hollywood has opened a crowd pleasing spot with epic views of Los Angeles and classy comfort fare from Michael Williams like roast meats, avocado toast, and pastas.” 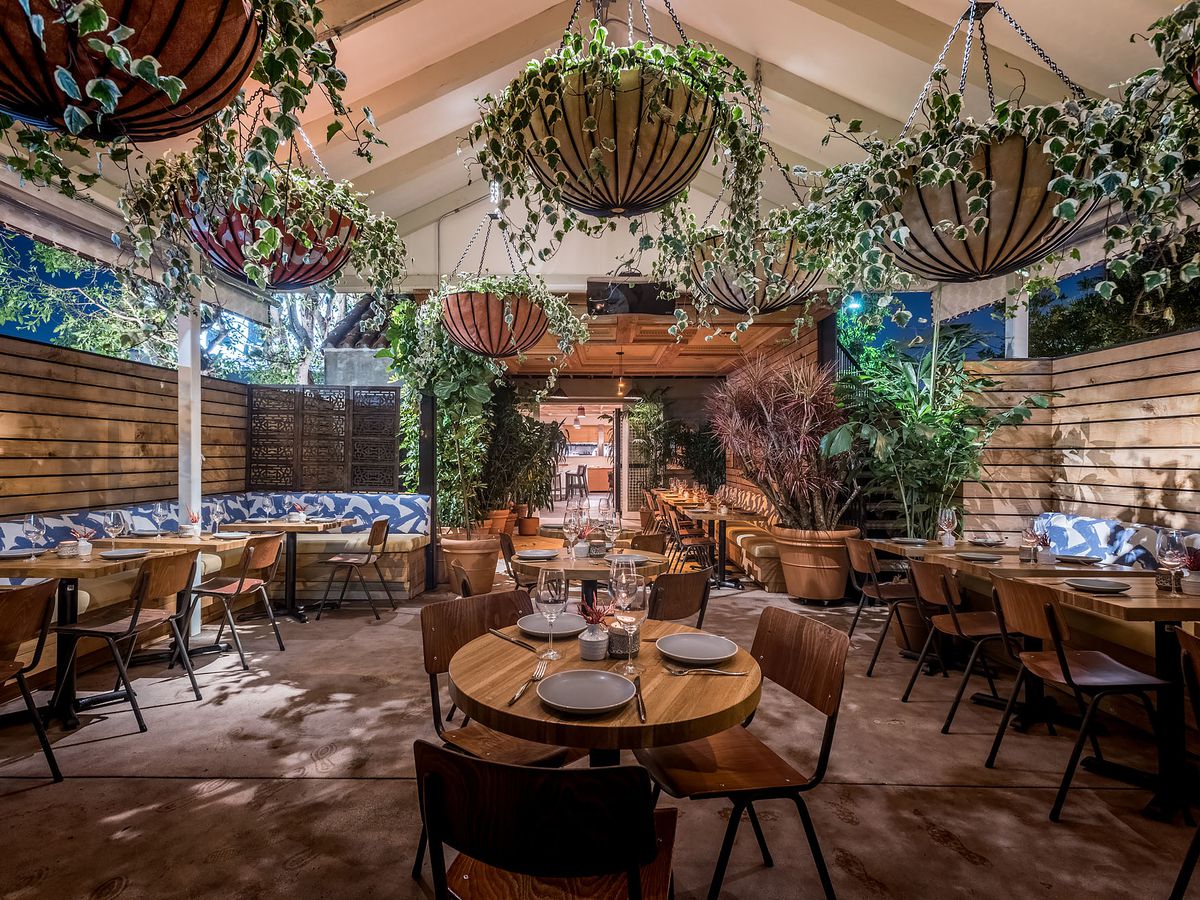 “Former Hinoki & The Bird sous chef Keiichi Kurobe has partnered with the same restaurant group to open a Japanese-Italian restaurant called Blackship in West Hollywood. It’s a lush affair on the patio while the inside is dark and intimate with a modern oceanic touch. The food incorporates Italian pasta and classics with Japanese ingredients and techniques, yielding one of LA’s more innovative, if sometimes uneven, new restaurants.”

“Mei Lin, Eater Young Gun and former Top Chef winner, opens this hotly anticipated Asian-American restaurant in Arts District with very strong early reports. The stylish, well-appointed dining room glows from the energy of the open kitchen, which puts out delicately plated but craveable dishes inspired by Lin’s childhood. Mapo tofu-flavored pork comes in the form of cheesy lasagna while a bloomin’ onion tinted with tom yum flavors works nicely with a side of coconut ranch.” 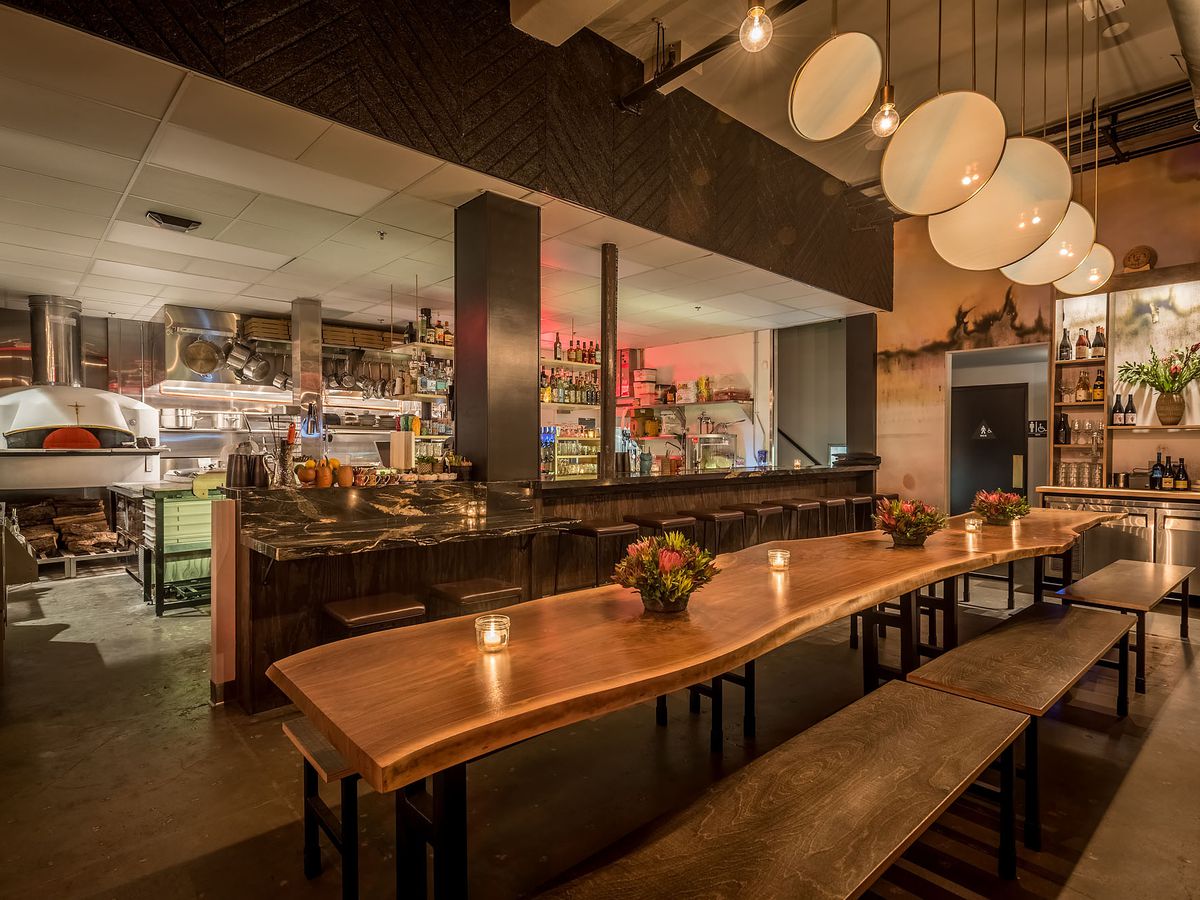 “Highly-regarded San Francisco chef Daniel Patterson brings his Alta restaurant to West Adams, installing Watts native Keith Corbin as the chef. The fare and vibe is spot-on for what the neighborhood needs, a well composed dining room that doesn’t feel fussy with some “California soul food” to match on the menu. Corbin takes comfortable classics like fried chicken, oxtails and rice, and collard greens and puts a bit of finesse on them.”

“A former Sotto and Alimento vet has opened Ronan on Melrose with a set of shareable small plates, large format platters, and wood-fired pizzas that should serve the neighborhood nicely. It’s a little hidden away on the eastern part of Melrose’s busy stretch, but find everything from excellent grilled snapper to creative takes on Neapolitan-style pizza.” 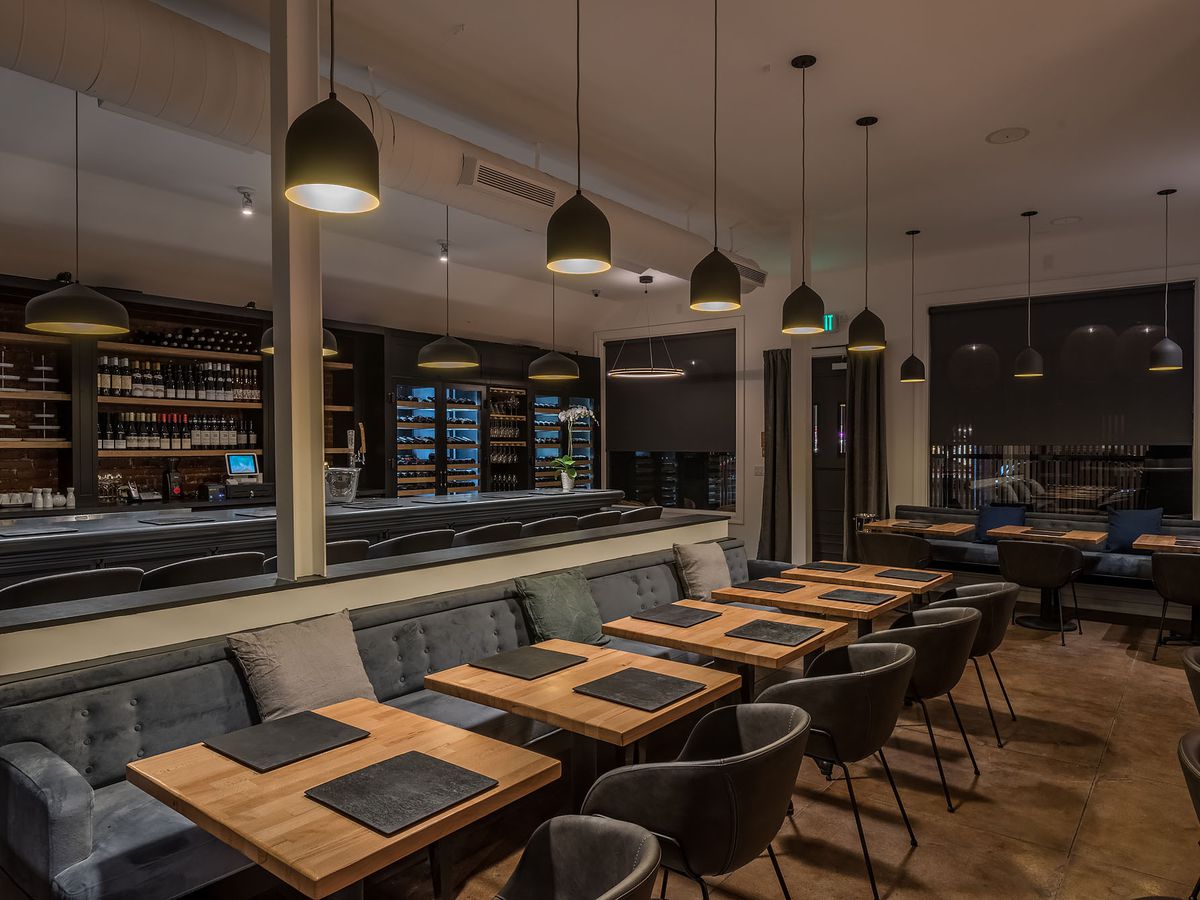 “Los Feliz, with its limited retail space, doesn’t often get big new restaurants. With Beau Laughlin and Jay Milliken working on this restaurant for what seemed like years, Atrium is now open behind Skylight books with a wide, crowd-friendly menu of innovative Californian fare from chef Hunter Pritchett. The soaring space feels modern and fresh while the warm service help push out everything from passionfruit hamachi crudo to a robust dry-aged steak au poivre with Sichuan peppercorns.”